When Shaolin vs. Wutang became available to the public last year, it brought about accolades and criticisms due to its simple graphics but unique fighting mechanics. Some reviewers hailed it for daring to be a little different while others slammed it in favor of more traditional fighting games. Everyone agreed, however, that it was certainly something different within the often-used fighting genre.

Now, indie developer Jae Lee is hard at work on Fighters Legacy, and it looks to be an improvement over its predecessor in every way. Although the combatants are more detailed than ever, they still fight in a 2D environment. But what an environment it is. The backgrounds are now extremely detailed, with vivid settings, varied lighting effects, and interesting backdrops. Hopefully, the complexity of the scenery will have some form of impact on the fighters.

The game offers an assortment of 15  fighters representing a host of martial arts disciplines and styles, including, Kung Fu, taekwondo, karate, drunken kung fu, Muay Thai and much more. If you’ve ever watched any of the older martial arts flicks you’ll instantly recognize some of the characters in-game. You have the Bruce Lee wannabe, the drunken fighter aka Jackie Chan, the tall African American as Jim Kelly, and a Tony Jaa look-alike.

As you start the game, you’re given the option to choose between Arcade mode (Story), Versus, and Practice Mode. Once the game starts you’re presented with a grainy B-movie type cinema intro. I’ve heard complaints that most people don’t like this effect, but for me personally, it’s not bad and conveys the feeling that you’re actually watching a 70’s martial arts flick.

Fighters are well detailed and animations are smooth and fluid. Hitting and getting hit results in lots of knockdowns, knockbacks, and blood splatters. Unfortunately, you never see the brutal results of the damages. It would have been a neat feature to see some damage to your face after a long-fought brawl. 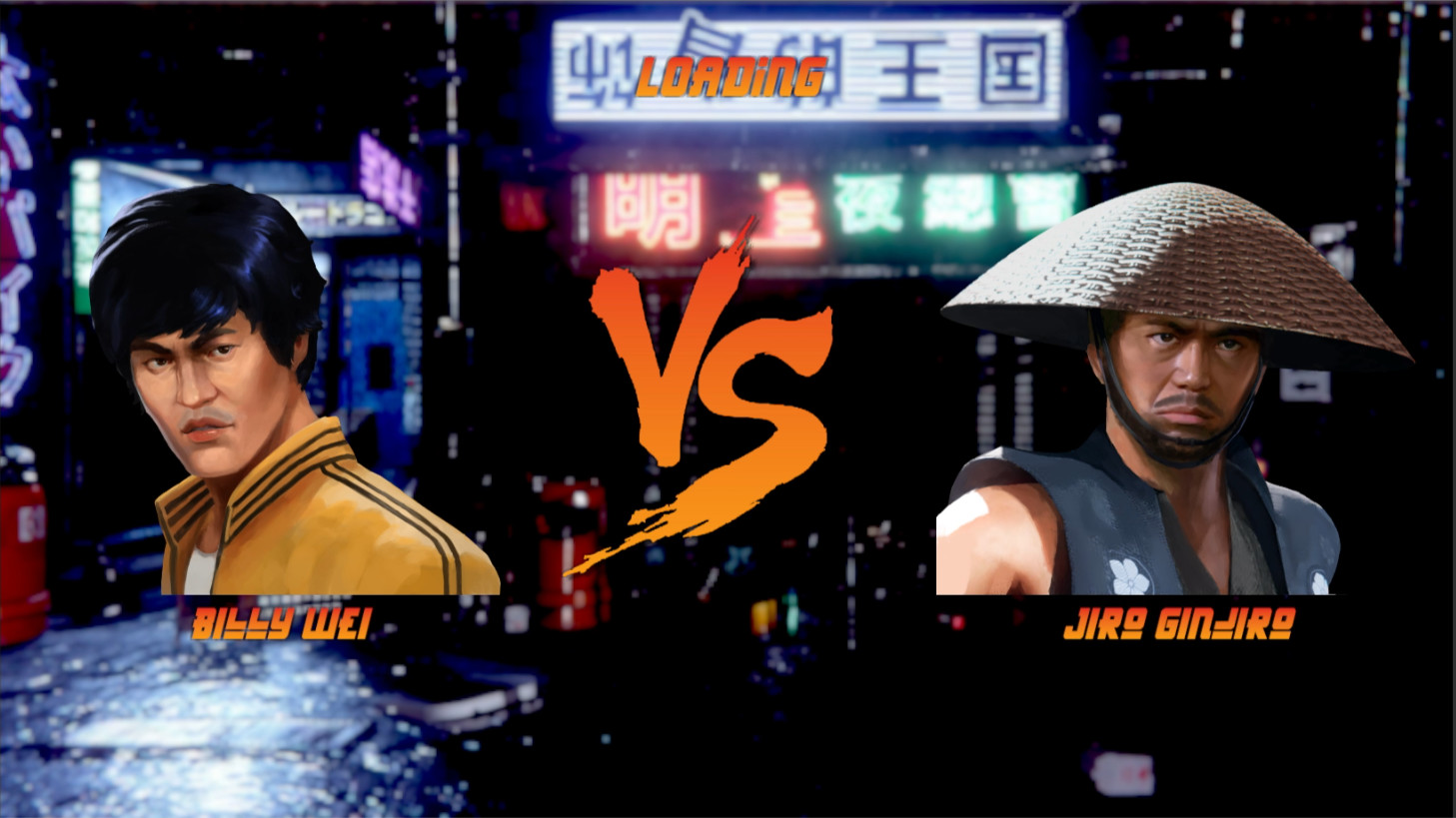 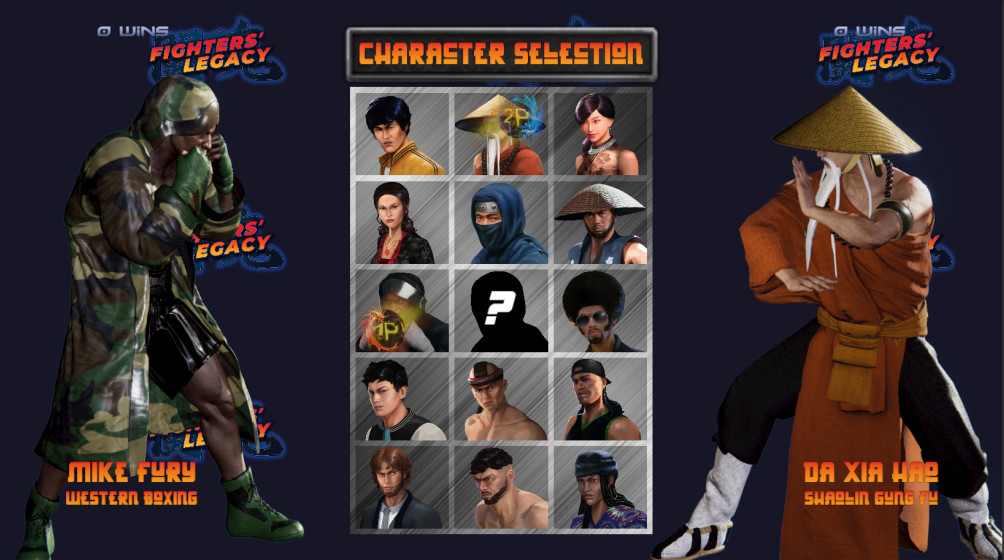 The sound effects are decent although they can get repetitive depending on the stage you’re fighting in. The announcer’s voice oftentimes masks the character’s voice overlays which creates a muffled sound. Again, being early access I have no doubt this will be improved on.

But for every good thing I mentioned about Fighters Legacy, there’s still room for improvements. First, the controls: in a nutshell, it’s a hit and miss. Sometimes, it’s too sensitive that you don’t have time to overcorrect. Other times, it’s not sensitive enough leaving you vulnerable to attacks because your button responses weren’t triggered on the screen.

The combos can be a challenge to pull off and don’t coincide with the action. I noticed this during practice mode when time and time again, I tried to pull off an attack only to watch my character simply jump in the air. 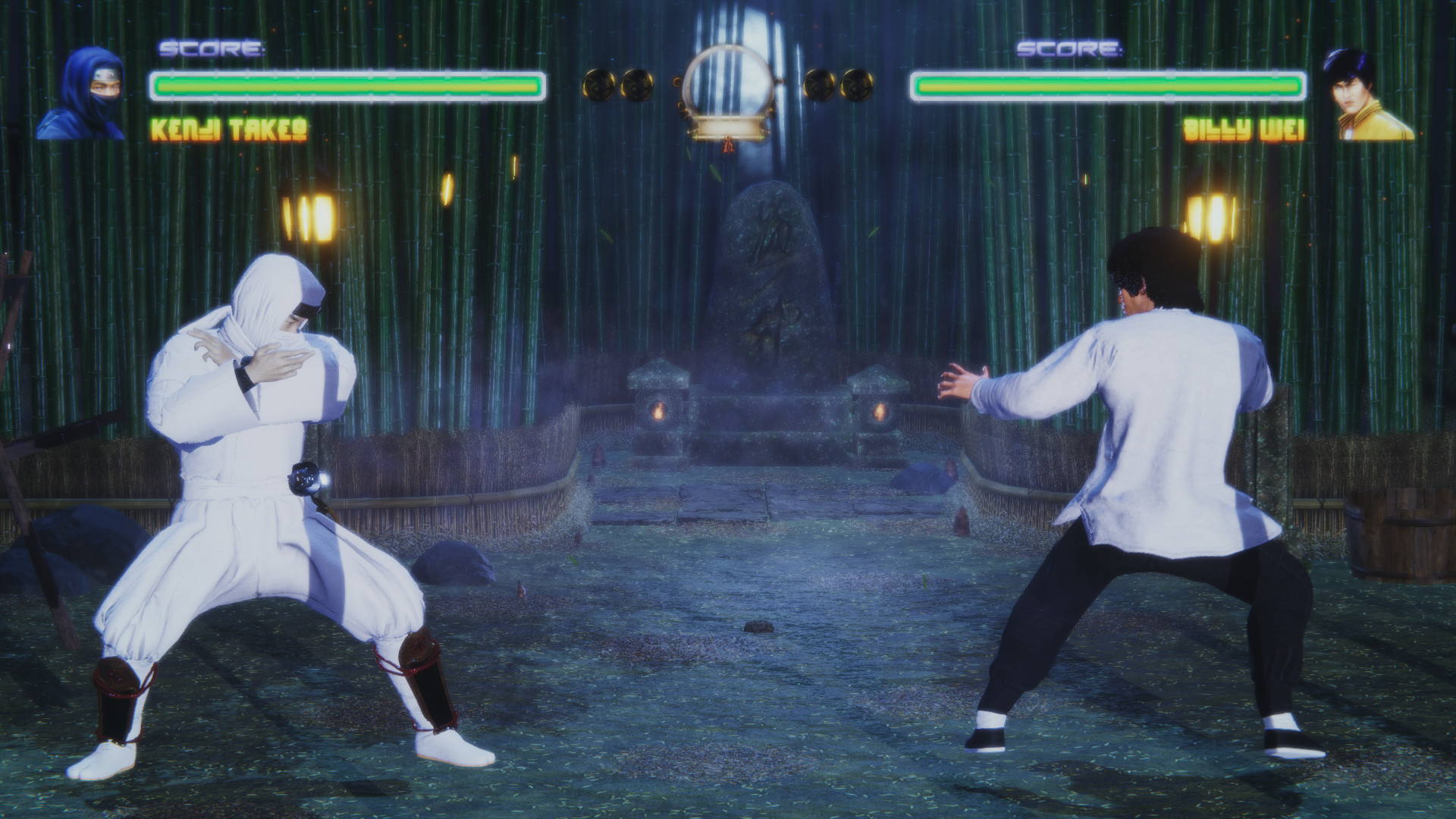 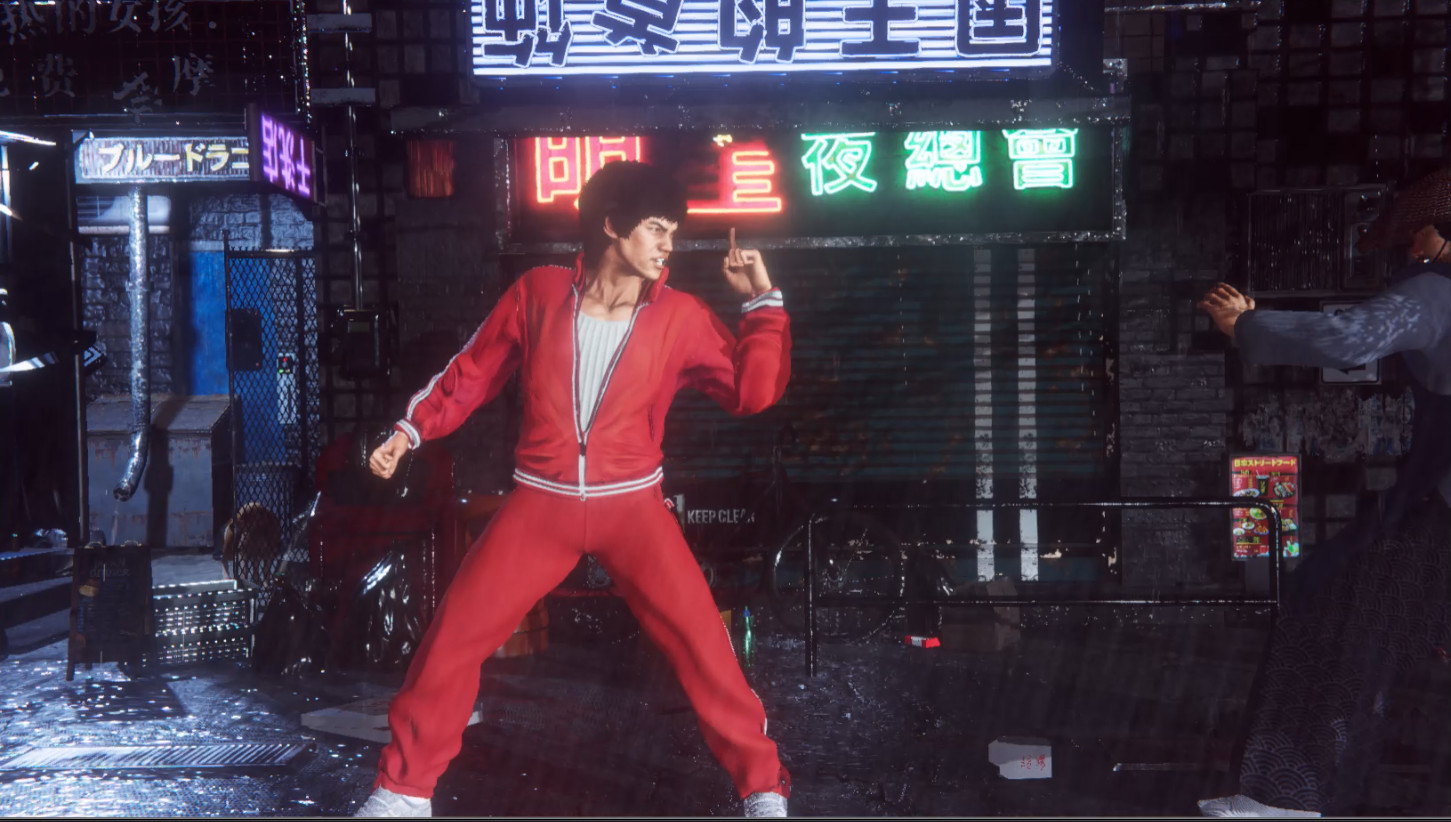 I know I stated earlier that Fighters Legacy has some of the best fighting mechanics in recent memory. That’s true if you’re watching the fights as a spectator, but it’s a different story when you’re actually playing it. One of my issues is that fighters don’t set up prior to pulling off an attack. What I mean is that fighters will immediately launch with a devastating attack even when cornered or backing away. What I’d like to see is a more realistic approach the way boxers set up their jabs and hooks prior to throwing the ‘big’ punch. I think this would help with the flow of the game and produce more realistic outcomes and more pleasurable fighting experiences.

If the Jae Lee can keep fleshing out the fight mechanics a bit and adding more interaction with the environment then I’m sure they’ll have a winning franchise on their hands. A game like Fighters Legacy demonstrates how the martial arts fighting genre transcends the fighting action into poetry, ballet, and philosophy. Like all fighting games, it can get violent but only incidentally. What matters is not the manner of the fight but the experience associated with it, and Fighters Legacy does this with grace and style.

OVERALL
Fighters Legacy is the third game in Jae Lee’s fighting series and it looks to be the best one yet.

Games looks really good and offer something more than just a SF clone. I’m gonna check it out.