Making games like this can be kind of a risky proposition. The problem can come if the updated version doesn’t feel or play like the original. Thankfully, Defender 3D improves on the classic 2D shooter, with its updated graphics and sound to match modern technology. Developed by Blueshift Media, Defender 3D showcases its blazing speed and fresh features in this retro-inspired revival.

True to its arcade roots, D3D is brushed with impressive textures, colors, and details, allowing the graphics to stand out like fine portrait. But graphics can only get you so far in this enhanced version because just like the original, it ultimately becomes repetitive.  I know the developer wanted to stay true to the original, but adding more variety in the levels would have boosted the fun factor up a notch.

The sounds, musical score, and controls, however, fare much better and even include some nifty (although slightly cheesy) ’80’s style zaps, zings, and swooshes that I wish were in the original. The heavy techno rock compliments the pace of the action nicely. 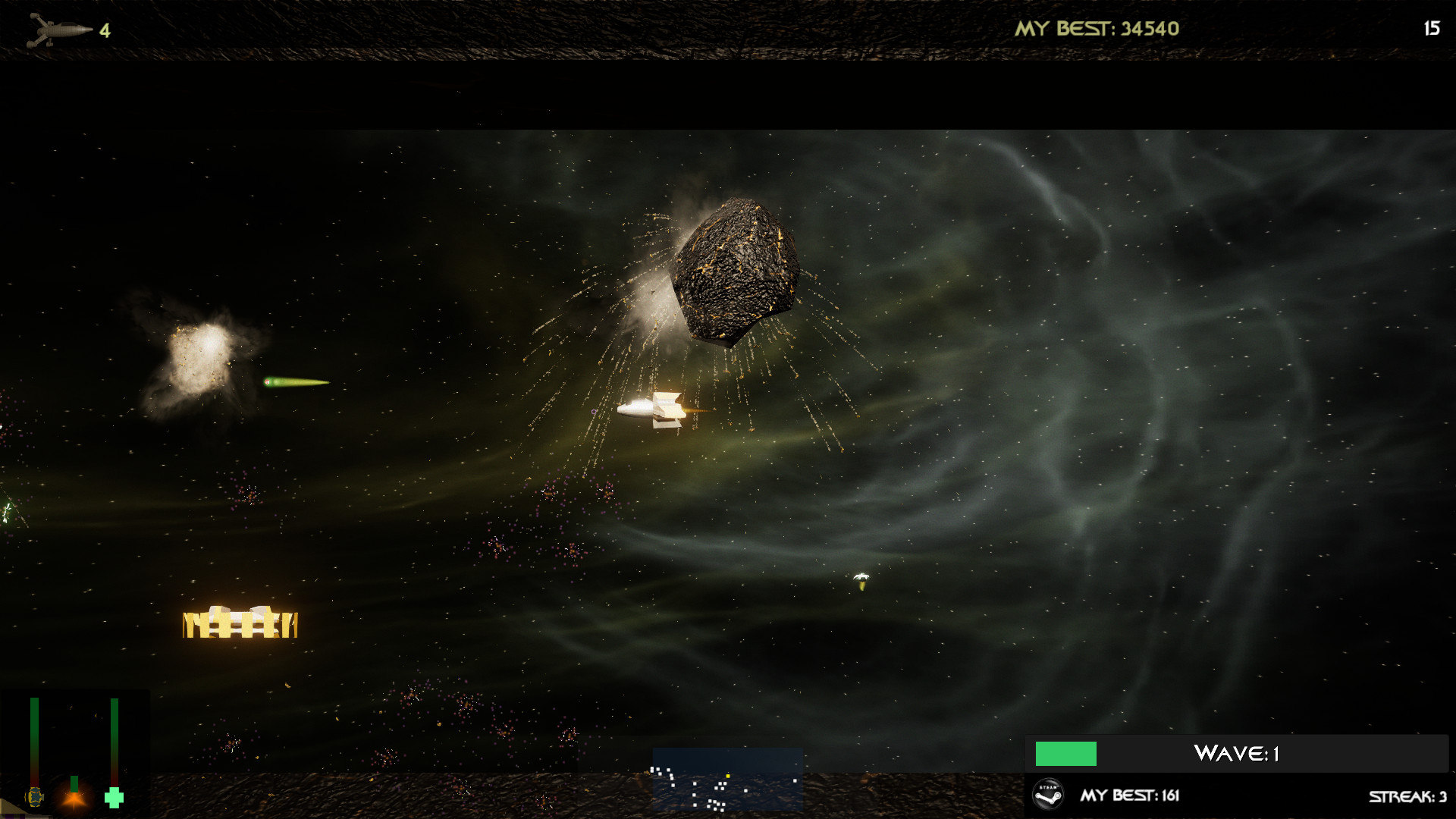 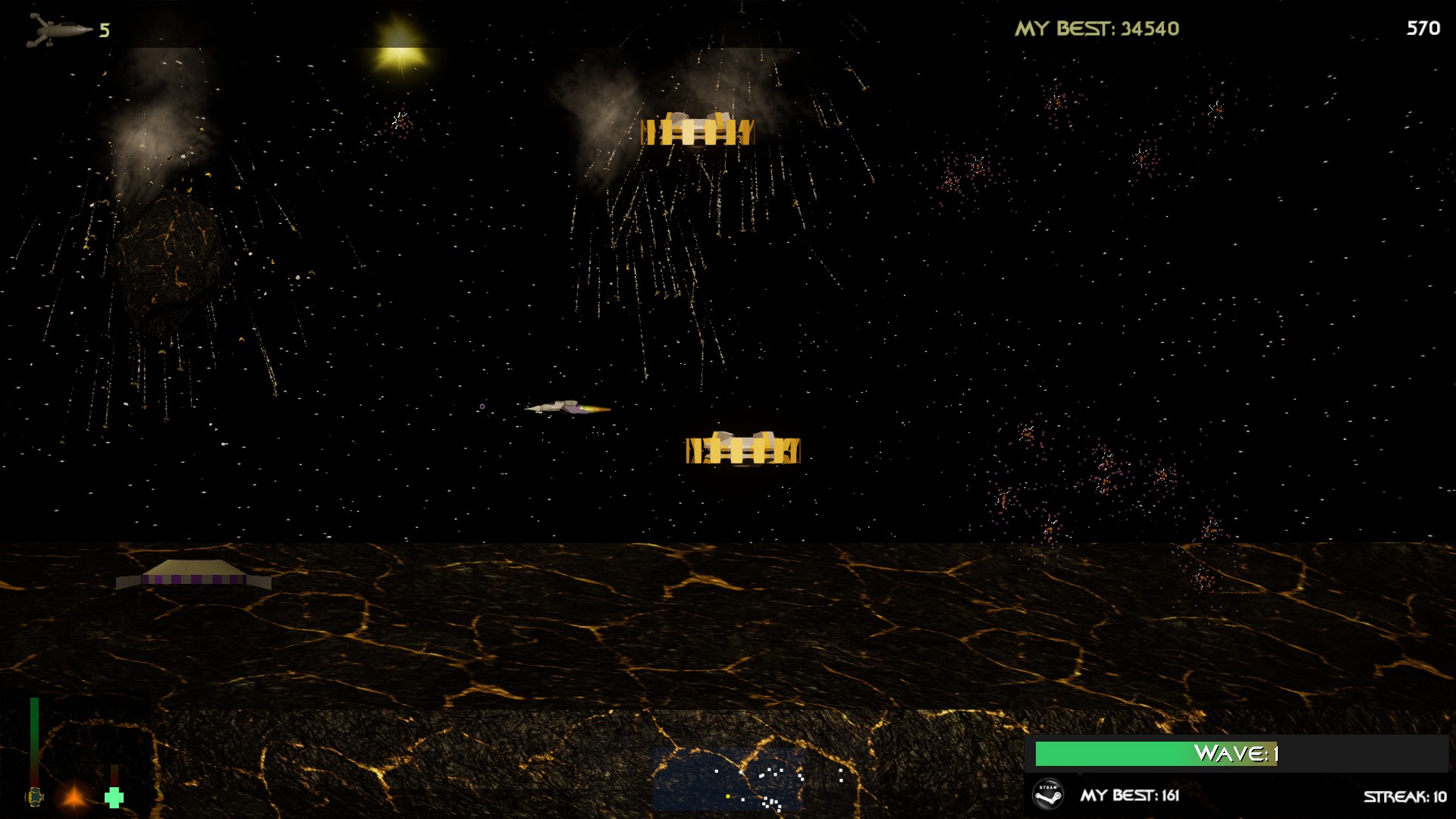 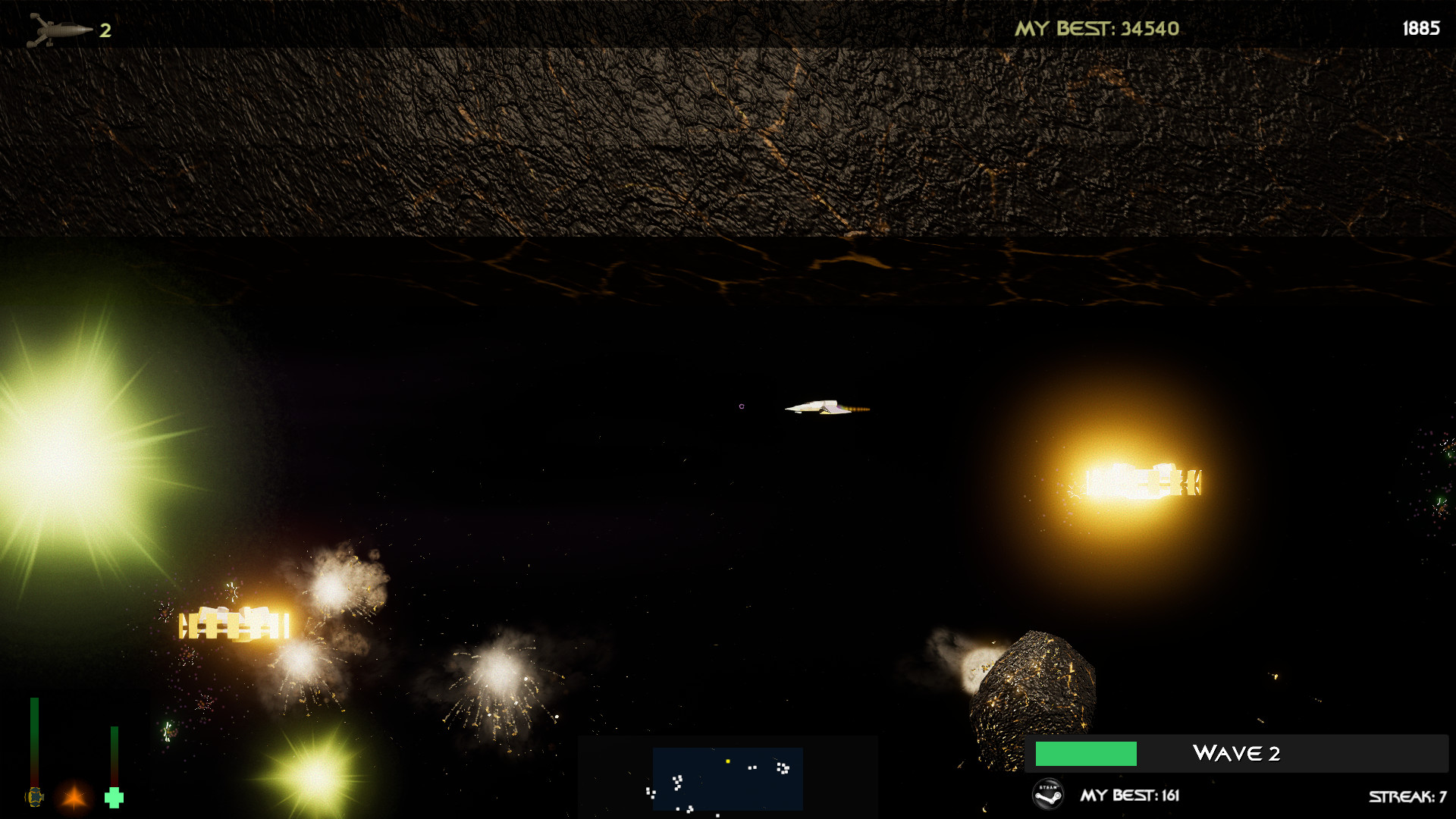 Despite the game’s repetitiveness, Defender 3D does a commendable job at paying tribute to an all-time classic and will provide players with an adequate amount of fun. But just like the original, the lack of depth and substance just isn’t enough for a second playthrough once you’ve acquired a few of the Steam achievements.  I want to be clear when I say that Defender 3D is not a bad game because it is not. In fact, it’s a good game that’s hampered by the limiting play mechanics of the original.

Overall, the game is a good diversion if you just want to blow things up. And for those of you who grew up in the era of arcades, Defender 3D will help you relive that experience again…minus all the quarters jingling around in your pocket.

Defender 3D comes through with the most enjoyable and faithful rendition of the classic Defender yet. Thank you Blushift Media for bringing this one out.

Defender, back in the day this was one of the hottest titles in the arcades.. I remember people actually lined up to play this one.. I myself included:)

when the Atari 2600 version was released..you could now experience all of the action at home…without all the people watching you play.. and the usual..”are you almost finished?” which usually followed by somebody plunking a quarter down as your still playing..

Good review, interested in the game now since I’m over 40 and love these types of games!