When Microsft released its first baseball game back in 1998, it was a grand looking game sporting an impressive array of Direct3D features like textured mapping and dramatic lighting effects. Players and stadiums were exquisitely rendered in glorious detail and became one of the most impressive looking baseball games out there rivaling Hardball 6, High Heat, and even EA’s MVP series.

The motion-captured players became instantly recognizable through a new technique of scanning faces into the game. Along with the accurate body builds and batting stances, MB3D made it feel as if you were actually watching a baseball game and not just playing it. 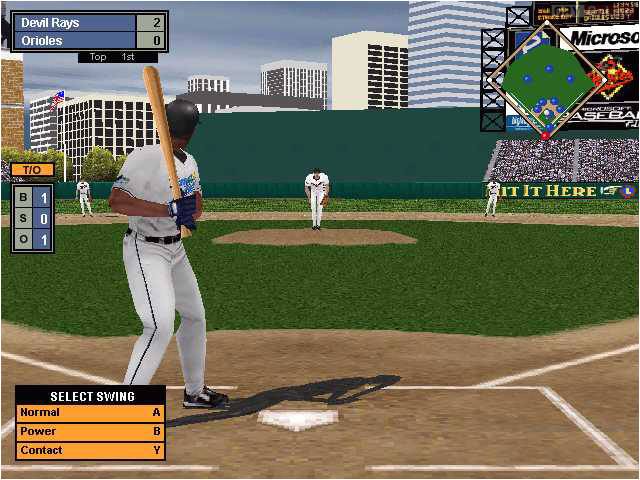 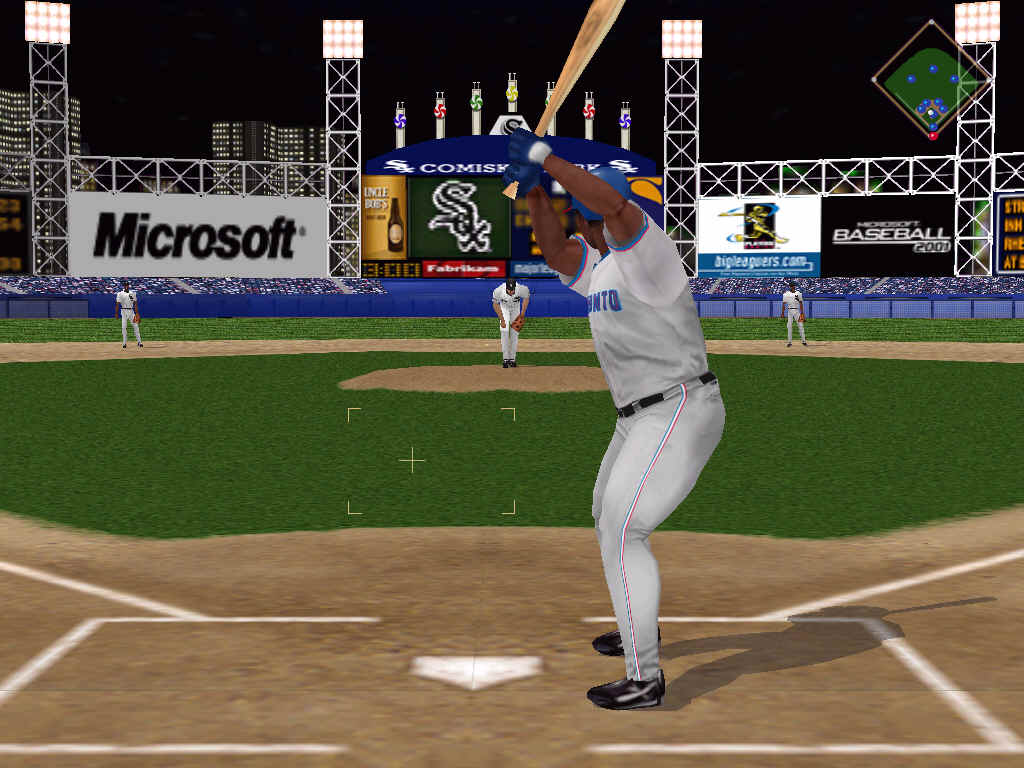 Unfortunately, a bunch of gameplay decisions convinced many players that Microsoft still had a lot of work to do before the gameplay matched the graphics. For one, the ball physics were very limited, creating a lot of line-drives that blasted past the infield like a bullet only to magically slows down once it reached the outfield.

The pitcher-batter duel, which is the heart of baseball, felt flat and uninspired due mainly to the standard pitch and throw method used in the game. Unlike HardBall 6 where you at least felt a sense of movement with certain pitches, MB3D felt like you’re just throwing a ball at a cursor on the screen.

It definitely feels as if Microsft put more emphasis on the graphics and ran out of time before it could polish up the gameplay. This isn’t surprising since I’m sure they wanted to showcase the nifty features of Windows 98 and their Direct3D application.

The game is still fun if you’re looking to play a few quick pick-up games. We have an old Windows 98 PC here so the game installed and ran without too many problems. Getting it to recognize a modern game controller, however, was another story.