No arcade game in the last twenty years has held pigskin players hostage like NFL Blitz did back in the day. In fact, no one ever thought that the Playstation version would even come close to its arcade counterpart. But it did. Not only did Blitz for the PSX look good but it also performed amazingly fast.

We got to give thanks to Midway for an incredible job at porting over one of the best action-sports games since NBA Jam to the home consoles. In fact, Blitz for the consoles is better than the arcade version in many ways including Season and Tournament Modes, along with updated rosters, and a host of game customizations.

Prior to its release, the big questions gamers had was how would the graphics and gameplay hold up. The speed of Blitz was directly related to the gameplay so it was no surprise that many gamers were hesitant that an exact port was possible. But once again, Midway proved us all wrong. Blitz ran just as fast as the arcade version with just a few minor slowdowns here and there.

Graphically, the players looked outstanding in both detail and animation. All the bone-crunching action of 7-on-7 football made for one hell of a game. Hell, if you had friends over, this was the game to party with back in the day. 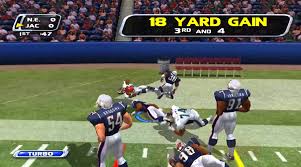 The wise-cracking announcer also made a perfect transition bringing with him his verbose and oftentimes, annoying commentaries. Even the cheat codes were ported over from the arcade to the Playstation in its entirety.

Gameplay-wise, the only difference I could find was that there seemed more incomplete passes making the offense a little more difficult to play. What’s not difficult, however, was the decision to not buy NFL Blitz. Even players who weren’t big on sports were having a great time with the game. NFL Blitz was hopelessly addicting and brought joy to millions of gamers world wide.