Astragon Entertainment and Stillalive Studios are gearing up to explore unknown regions of the galaxy in an exciting new game collaboration: In their upcoming sci-fi real-time strategy game Drone Swarm, players will assume the role of Captain Carter, who struggles to ensure the survival of the human race aboard his spaceship Argo by using an impressive swarm of 32,000 drones.

Drone Swarm will be released later this year on PC, visitors of PAX East in Boston will get the chance to immerse themselves in this gripping science-fiction scenario already between February 27 and March 1, 2020.

In the narrative sci-fi real-time strategy game Drone Swarm, the player assumes the role of the heroic Captain Carter. After an attack on Earth by a swarm of drones that resulted in its almost complete destruction, the military finally managed to bring these same machines under its control. Since then, humanity’s last hope has been fighting for their bare survival on board of the mother ship Argo, as the dangerous search for a new Earth leads the daring captain and his crew into the unfathomable vastness of the galaxy.

In his exciting quest for a new Earth, the player takes control of the Argo’s 32,000 drones, which Captain Carter can deftly use to attack enemy spaceships. As they also actively serve as a protective shield of the mothership, it is always necessary to use the right tactics when it comes to asserting yourself against a great variety of different types of opponents. But the swarm of drones is versatile and so much more than just a weapon: In order to survive, the player must gather resources whenever the opportunity arises to learn new skills and to upgrade the mothership along with its drones.

Drone Swarm offers a dangerous universe with powerful alien races, different enemy types and a gripping backstory. Not least because of this, Drone Swarm was able to win the attention of the Michael Bay comic studio 451, which will tell the forging of Captain Carter via a fully-fledged comic series. 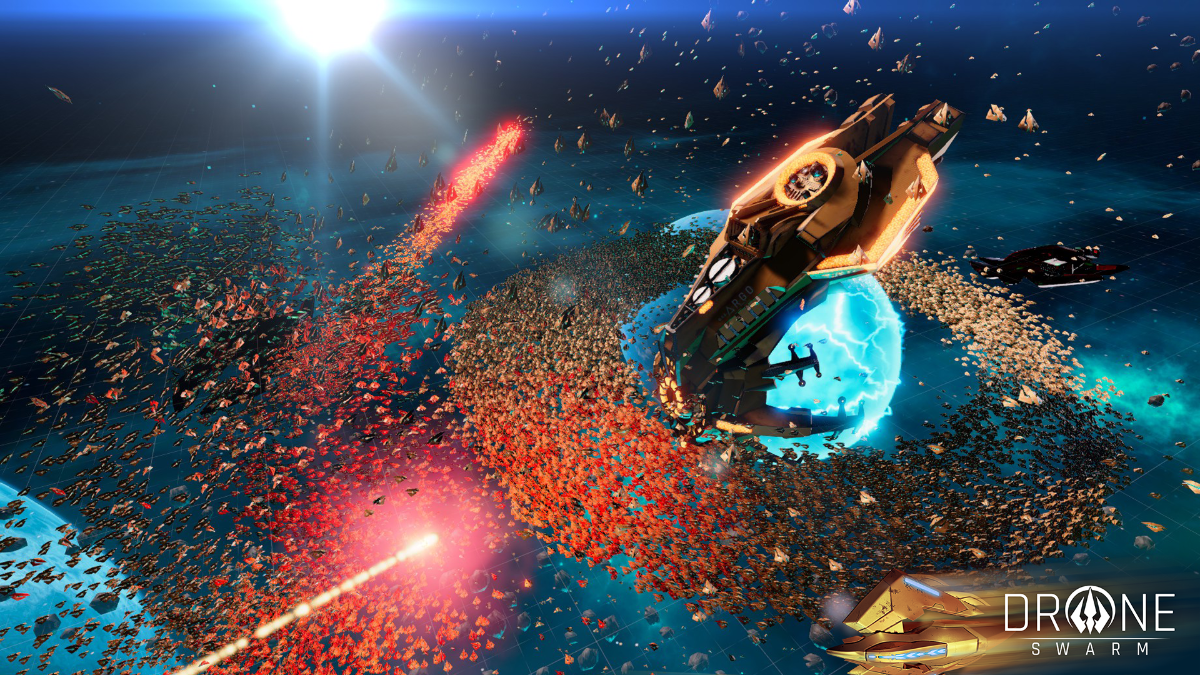 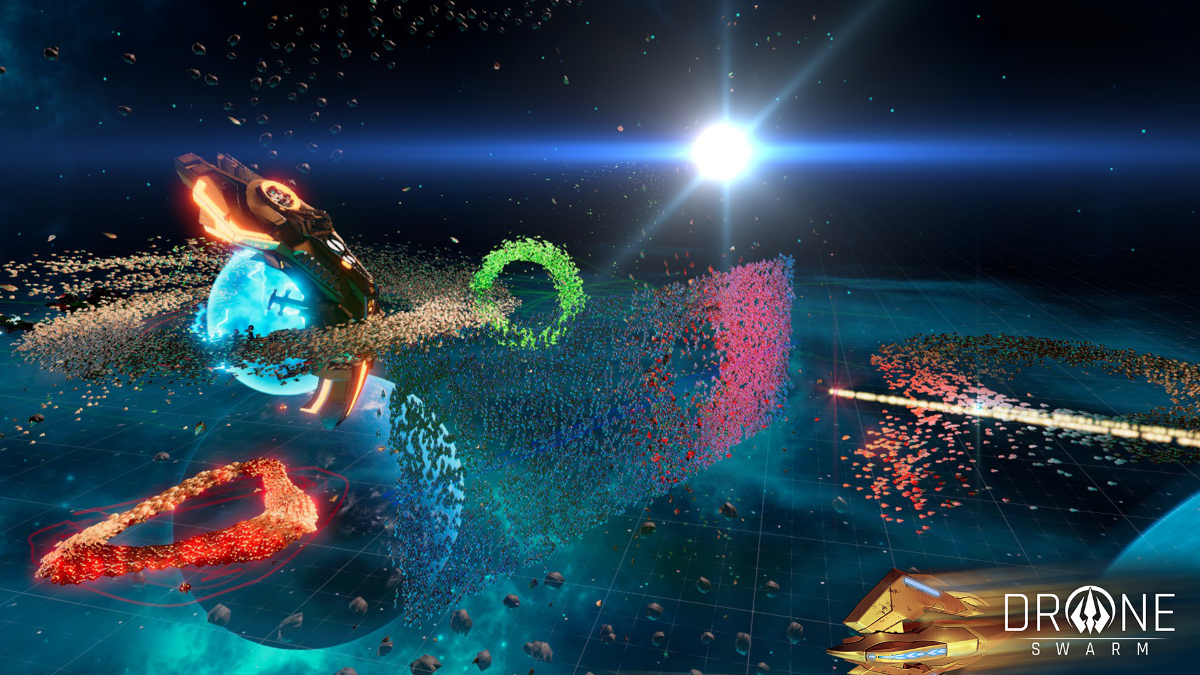