Oh man, so this is one game that took me totally by surprise. Shing! hopes to prove that action/adventure games reminiscent of the glorious 16-bit days are alive and well on the PC.

In fact, indie developer Mass Creation, have come up with a look and playstyle reminiscent of Magic Sword, Shinobi, and Double Dragon all rolled up in one awesome little package. You’ll command four characters in total, each with their own unique weapons and abilities, switching among them on the fly in order to complete each level.

During our early playthrough, the storyline was scant but we do know you’ll have to defend your homeland against the obligatory power-hungry bad guy hellbent on taking over the world. When will these bad guys ever learn?

The combat looks fierce with wave after wave of enemy baddies and deformed little minions swarming the screen at the same time. The weapons combat is all done with the right analog stick ensuring some impressive multi-hit combos and devastating fatal blows.

In addition to combat, your team will have to maneuver past tricky obstacles, head-scratching puzzles, and menacing environmental traps. The title supports up to four players online and local co-op which drives up the fun factor several notches. Shing! is scheduled for a 2nd quarter release so there’s time for Mass Creation to polish up the gameplay even more. But even at this early stage, Shing! delivers some chaotic fun and is looking to be an early winner in the action/beat ’em up category. We’ll have a full review soon! 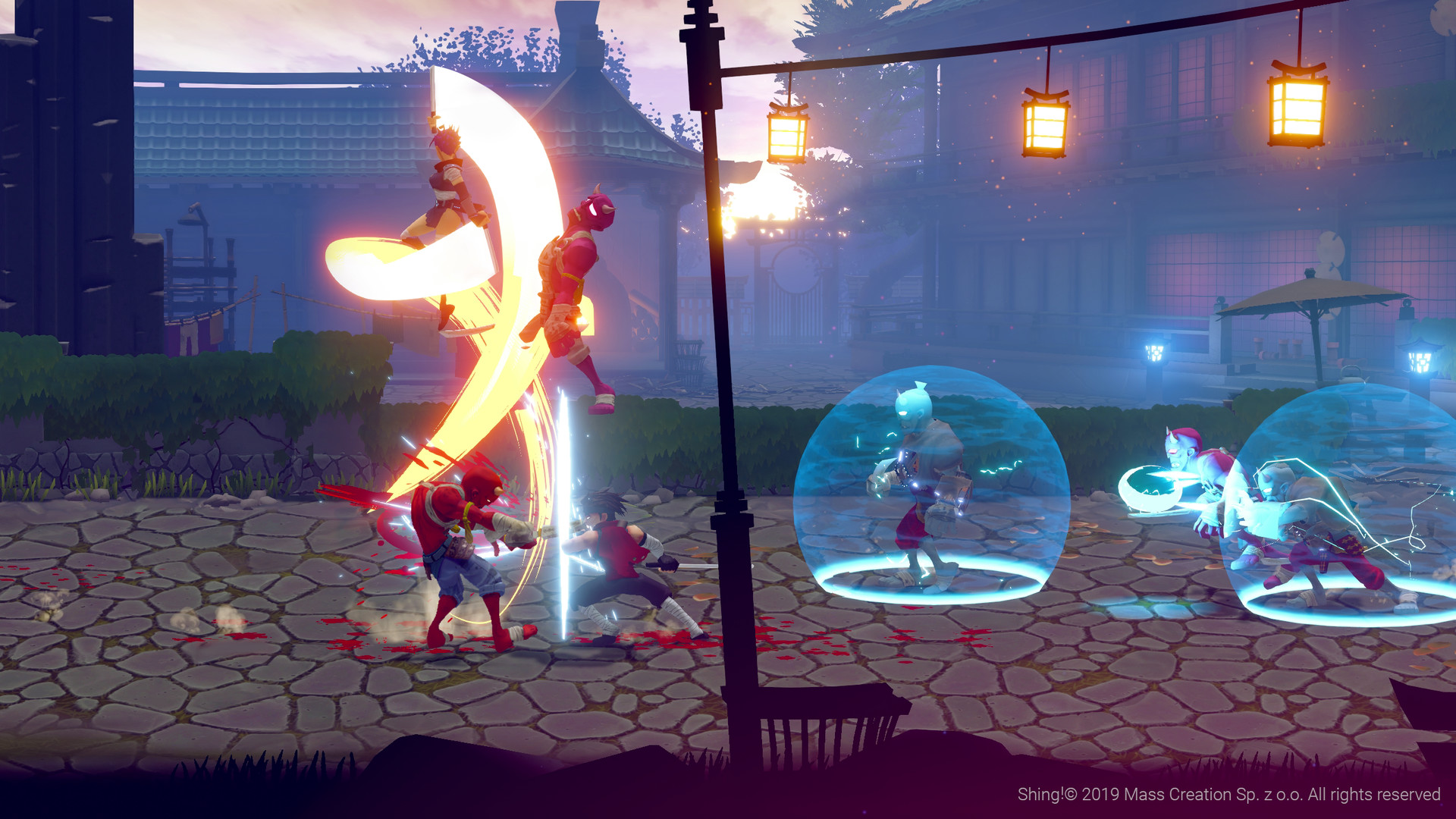 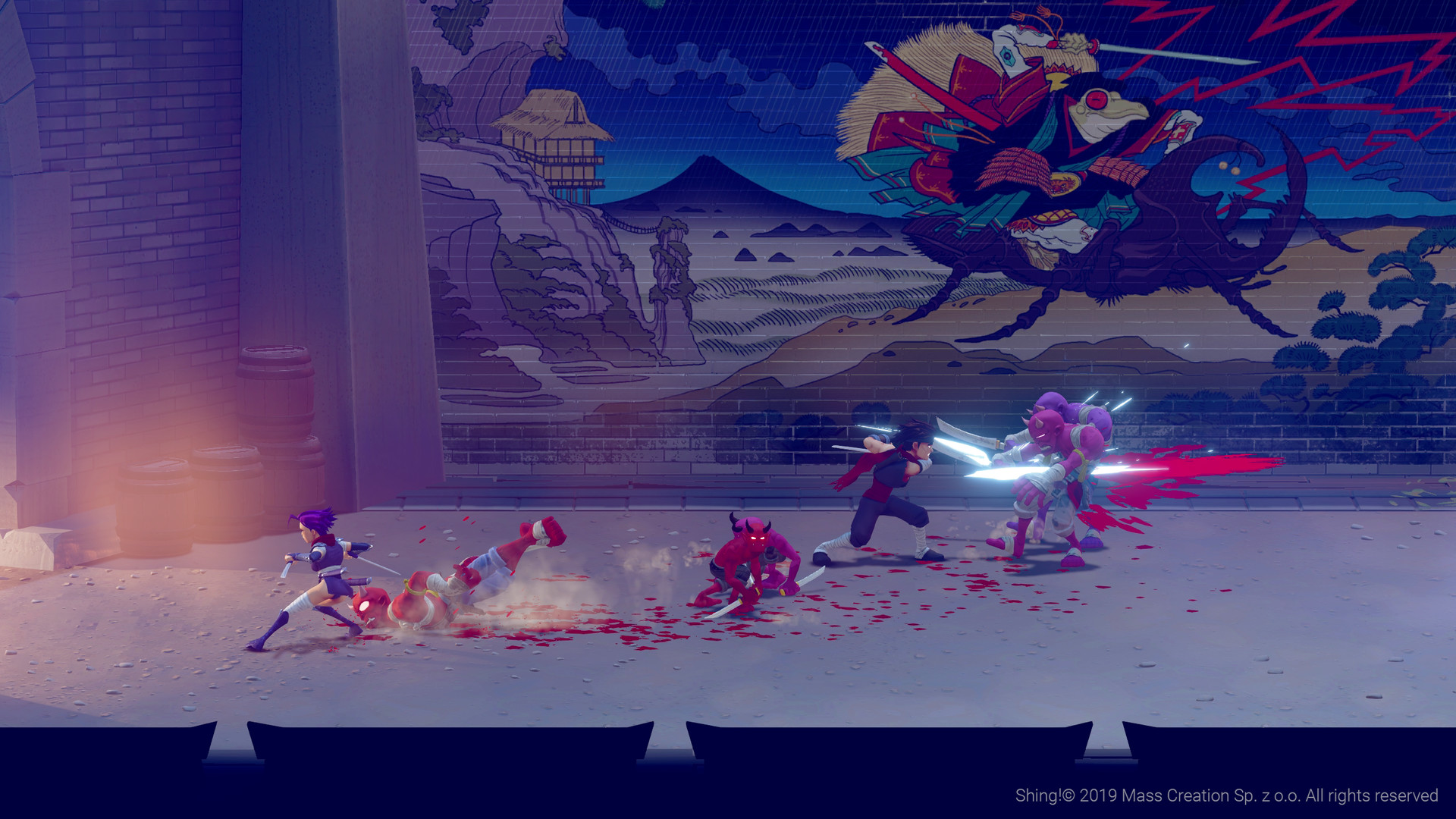