When flipping through channels on uneventful weekends, I occasionally stop to watch a Nascar race. As I watch, various question pop into my head, like “Don’t they ever get bored driving in circles?” or “What do they do if they have to go pee?” and “Are the cars equipped with built-in urinals or are they just highly trained in bladder control?” Well, you can stop asking because Nascar Heat 3 gives you the chance to find out.

The wheel and the pedal combo is a must and thankfully, the entire setup takes just a few seconds to set up and go. As with any racing game, realism is the key; and this one does a good job of it. On the tracks, you can feel every turn, every bump, the roar of the engine as you accelerate, the changes in the handling as your car starts to draft. This, I honestly believe, is probably what driving a race car in circles feel like.

Racing against 42 of the world’s best drivers definitely adds to the realism, as does the accurately modeled tracks. The graphics are serviceable with tires leaving skid marks while smoke clouds up your field of view. Add to it an improved collision damage model that renders fender benders in an accurate way and you have the making of a great driving game. 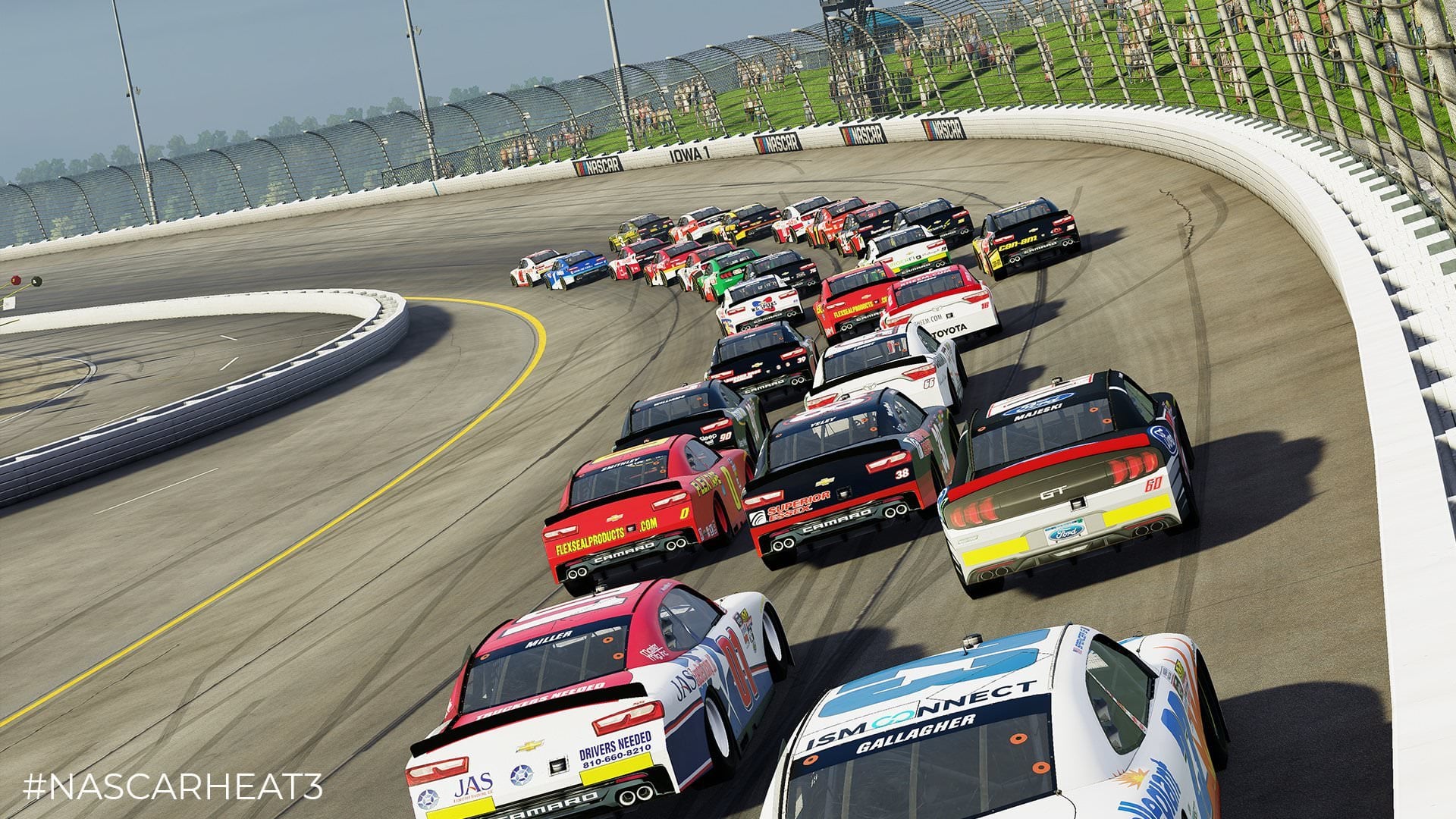 Hey guys, on the count of three we all turn left, ok?

Despite its hardcore attempt to be a true simulation, Nascar Heat 3 is refreshingly newbie friendly. The instructions and tooltip referencing chassis, tire pressure and gas consumption are pretty simple to understand. Even if you set up your car just right, the AI will still give you a run for your money.

As good as the racing is, however, the game is still not perfect. Multiplayer is still poorly implemented and the AI can be a hit or miss depending on what’s going on at the race track. The car physics would benefit from some tweaking as well as a gentle nudge on slow speeds can oftentimes send you careening towards the wall.

Despite these nuances, the core racing mechanics are still intact and challenging. Nascar Heat 3 is an improvement over Heat 2 but only slightly. If the developers can refine the AI and physics engine and add more of a robust career mode, then they’d have a strong foundation to build on for the next Nascar installment.

Until then, only die-hard racing fans who enjoy driving in circles need apply.